On June 4th, 2016, there were new reports that the personal details of nearly 50 Million Turkish citizens had been compromised and posted online in a massive security breach. The news appears to be triggered from a Tweet that received quite a bit of attention: 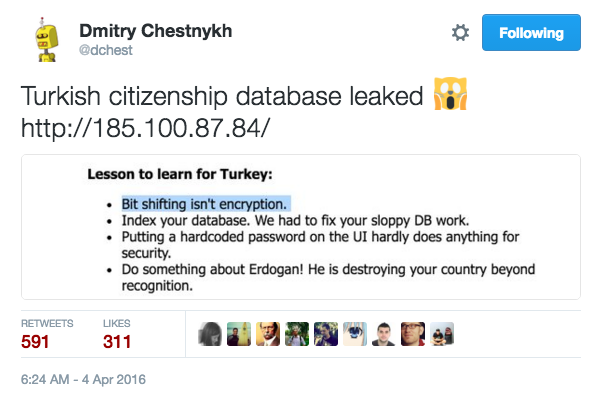 Well-known security researcher Jacob Applebaum tweeted shortly afterwards, that if it is what it claims to be, he thought it was one of the largest security/PII breaches since the large OPM breach. His tweet received quite a bit of attention as well. 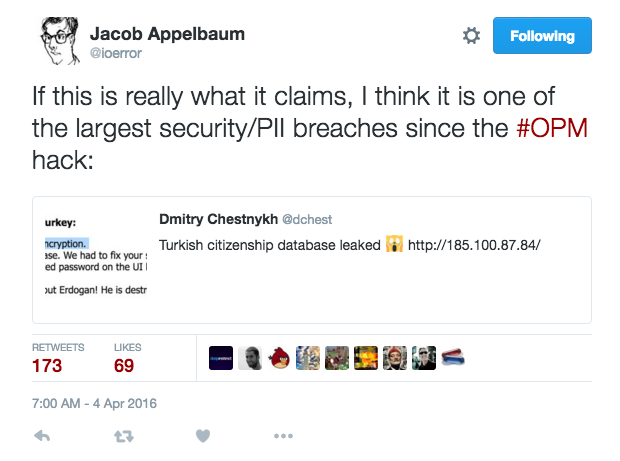 With a record setting year in 2015, and so many data breaches occurring every day, it can be extremely difficult to keep up with the ever changing data breach landscape, and what it means for organizations. For those that pay attention to the daily ebb and flow of breach activity, you were likely yelling at your screen at the beginning of this blog shouting that this leak is clearly a duplicate. Or at the very least, thinking to yourself this sounds very, very familiar.

Oh… and one time before that! 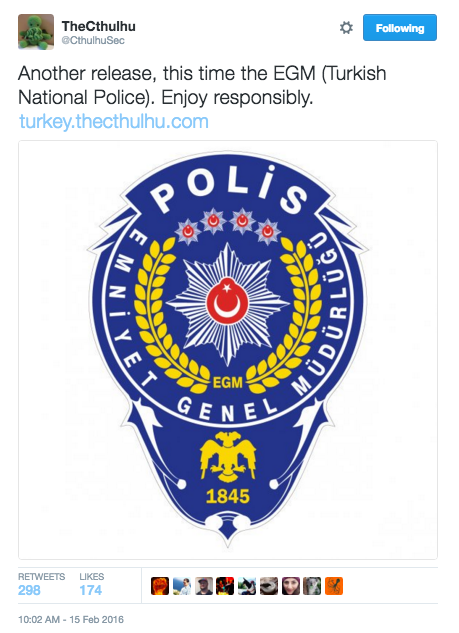 Turkish press reports came to light as early as January, 2015 claiming that governmental databases containing this very same information had been compromised. According to The Daily Dot, the leaked database files are actually from 2009, and their public existence has been known since 2010.

What’s more, the data is… well, dated, with the most recent information coming in 2008.

If for some reason you are interested in seeing the Turkey re-leaked data, a new site just was published that is a searchable database of the “leaked” information. But remember, it isn’t that uncommon to find voter information online as we have seen with Indian voters previously.

While there is no real new news here, this is just one example of the numerous data leaks that are really re-leaks or all together just not valid. But don’t worry! There will be plenty more leaks to report on shortly and you of course have the Panama Papers to be reading as well!